Garrett Carr is a writer who has also brought map-making into his work, creating new maps of Ireland’s border. In the conference “The Territorialisation of Crime fiction” (QUB, June 13-14, 2014) he discussed “The Map of Connections”. This is a map of unofficial crossings that he found when exploring the border: footbridges, stepping-stones, paths and lanes. Some may have been used for smuggling, or perhaps just visiting neighbours. None had been mapped before. The Map of Connections charts 77 in total.

Carr has curated Mapping Alternative Ulster, a show of individually created maps by other practitioners as well as himself. It ran in the Ulster Museum during 2014 and will tour to other venues during 2015. 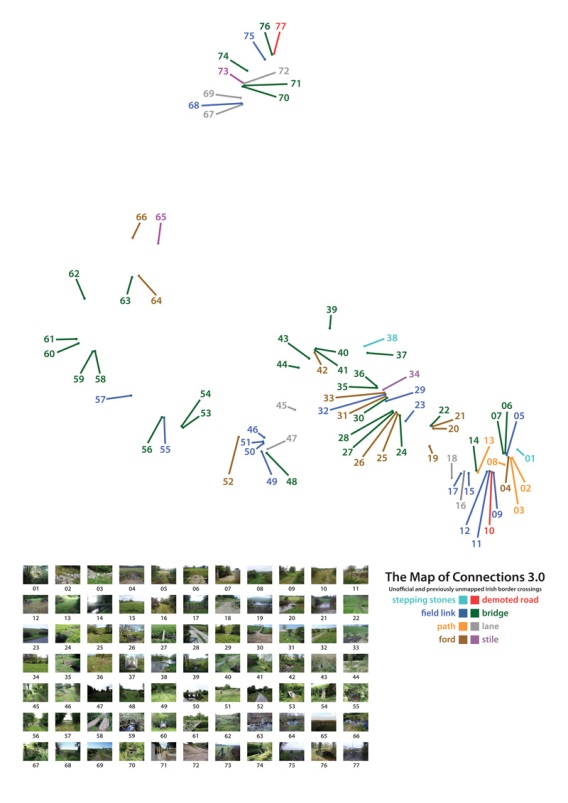