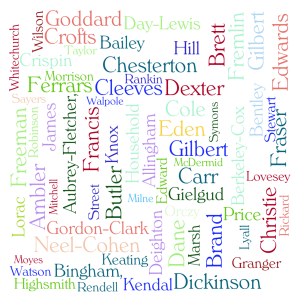 Starting in 1930,  The Detection Club is more than just a literary society of authors, writing  detective stories in  English. Its founding members,  Agatha Christie, Anthony Berkeley, Dorothy L. Sayers, Freeman Wills Crofts and many others all had an immense influence on the perception, establishment and dissemination of the Crime Genre worldwide. Their names represent the bulk of most of the early crime fiction series which were created between the wars, not only in England, but in France, in Italy, in Germany and elsewhere.