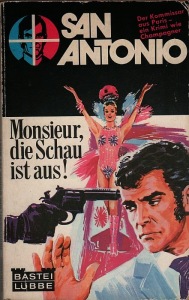 Initiated by the publisher  Bastei Verlag ( Gustav H. Lübbe ),  in Bergisch -Gladbach,  an attempt was made to publish the San-Antonio series in Germany. The “Kommissar from Paris” was even given his own series, like in France, where it had only in he early 1970’s started to be the case (after more than 20 years of being part of the “Spécial-Police” Series).  The translation of the books into German started in 1973 . Twenty-two titles were  thus published until  1975.  As the picture above shows, San-Antonio was marketed  as  a sort of Gallic James Bond. A French double of Sean Connery. Apparently, the experience did not prove  conclusive. Or lucrative enough to deserve to be continued. 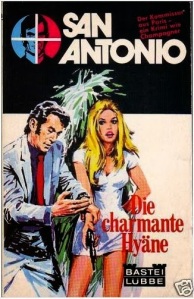 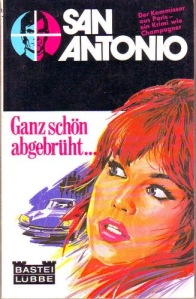 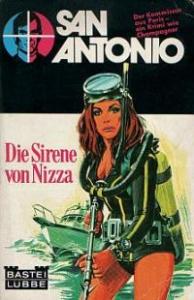