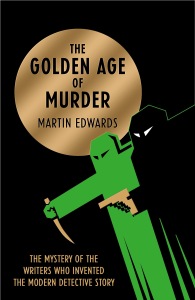 The highly anticipated book by Martin Edwards on  “the mystery of the writers who invented the modern detective story” is being released today. It promises to shed new light on the 1930s authors who published in Britain and formed part of the Detection Club. It invites readers to undertake a long overdue reconsideration of both their literary output and their worldviews. The problem with authors who were, for so long, as famous and dominant as Agatha Christie, Dorothy Sayers, and John Dickson Carr is that it is easy to feel complacent about them. For a very long time, golden age authors have been seen as unfashionable in both literary and political circles. The noir genre, especially after WWII, seemed more exciting, modern and transgressive. While structuralists and narrative theorists have, from Todorov in the 1960s to Pierre Bayard, more recently, praised golden age authors’ artful plot construction, their politics had never really been reappraised. Chandler, in distancing the realistic, street-savy, brand of crime fiction he represents from the world of privilege and pure intellectual speculation he identified with the golden age output, inflicted terrible and certainly unfair damage to this group of authors. But treating them in an undifferentiated way, as conservative stalwarts of the established narrative and the social order, does not do justice to the great variety of authors and circumstances represented within the Detection Club.

Even amongst those of the group who were indeed members of the establishment, a greater complexity and more advanced views were then in evidence than is now believed. As Edwards reminds us, it is actually Marxist-Leninist John Strachey (founder, with Victor Gollancz, of the Left Book Club) who coined the term “the Golden Age of detective fiction”. Christopher St John Sprigg  (aka the poet Christopher Caudwell), was killed in Spain in 1937, fighting fascism. Nicholas Blake (aka the poet Cecil Day Lewis) had been a member of the Communist party during the mid 1930s, at the time when he wrote his first crime novels. And of course  Dorothy Sayers published ten books, between 1928 and 1939 , with Victor Gollancz. It is also Gollancz who published the meta-crime novel The face on the cutting-room floor, the first book by exiled German communist Ernst Borneman (as Cameron McCabe), then only 20 years old and the future author of Tremolo.

Martin Edwards, the author of the Lake District Mysteries and the Harry Devlin series is the editor of many acclaimed crime anthologies. He also introduces titles in the British Library Crime Classics series. He is  a recognised  authority on this period of crime fiction and is to speak at the British Library Conference on the Golden authors in June. His book is certain to have an important impact and to trigger ample new interest for an exciting period of creativity and remarkable success in crime fiction.

Here is an excerpt from the book’s blurb:

“Attracting feminists, gay and lesbian writers, Socialists and Marxist sympathisers, the Detection Club authors were young, ambitious and at the cutting edge of popular culture – some had sex lives as bizarre as their mystery plots. Fascinated by real life crimes, they cracked unsolved cases and threw down challenges to Scotland Yard, using their fiction to take revenge on people who hurt them, to conduct covert relationships, and even as an outlet for homicidal fantasy. Their books anticipated not only CSI, Jack Reacher and Gone Girl, but also Lord of the Flies. The Club occupies a unique place in Britain’s cultural history, and its influence on storytelling in fiction, film and television throughout the world continues to this day”

Martin Edwards, The Golden Age of Murder,  “The mystery of the writers who invented the modern detective story, HarperCollins, 7 May 2015, 528 pages 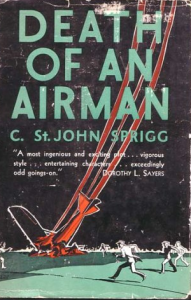 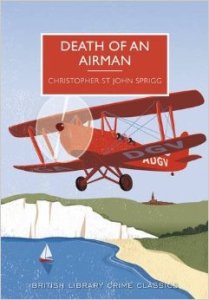