The Count of Monte Cristo, Alexandre Dumas’s thousand pages novel of revenge and metamorphosis (first serialized  from 1844 to 1846 in the Journal des Débats), portrays the ultimate Avenger character. Or, as Umberto Eco pointed out in a famous essay, the prototype of all later superhuman action heroes, up to  James Bond. But the arch-villain, the predecessor  of the invincible evil geniuses of incredible powers, the masterminds of Crime in Literature, Film, Comics and Poetry (such as Lautréamont’s  Maldoror) was created no long after him, and not far from there. Rocambole‘s adventures were first published in 1857, in another Parisian  newspaper, La Patrie.  And they amounted to considerably more pages in total, as their author, Viscount Ponson du Terrail wrote nine Rocambole  novels until his death in 1871.  Ambiguity and complexity, an embrace of the fantastic and the willingness to stretch the readers’ belief for  the benefit of narrative expediency  (or through plain forgetfulness) are their distinctive features.  Quite  a heinous villain in some of the books (Les exploits de Rocambole, La  Revanche de Baccarat) he is a more likeable hero in others; loosing his looks (to vitriol) in an adventure, he finds them again in a subsequent one.  This very plasticity and openness,  which make the plot subject to dramatic changes of course have contributed to the Series’ success and led to the  coining of the adjective rocambolesque.
While the books are, regrettably,  rarely read now, they have been adapted as comics (see below) and movies, with Rocambole morphed into a Superhero (below).   The novels themselves  are still in print in many countries and no popular fiction library would be complete without them.  The posters and  book covers reproduced below are more than the remains  of a great popular success ; they carry  the stamps of this success, and for us the signs which can be read to better understand  what conditioned it. 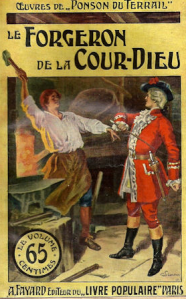 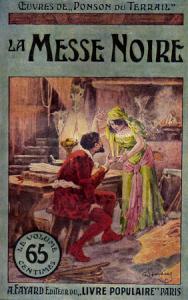 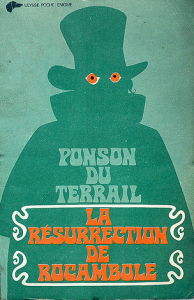 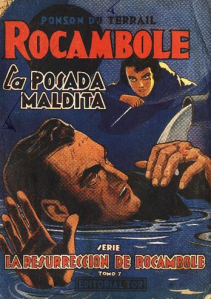