Suite Noire, the French Crime series initiated by Jean-Bernard Pouy can be described as Cult Crime Fiction; or as a kind of postmodern celebration of the iconic Série noire, to which it owes its covers design, its authors, and even its titles. The titles of each of the Suite noire books are all references to, and often a comic parodies of original titles of classics published in the Série Noire. For example, Patrick Mosconi’s title Sans mot dit is homophonic with Sang maudit, the translation of Hammett’s The Dain Curse. Embareck’s (see below) points towards another famous book by Hammett. Pascale Fonteneau’s 1275 ares echoes the curious French translation by Marcel Duhamel of Jim Thompson’s pop. 1280 (a translation which does not add up, but instead, subtracts). There are, also, obvious references to several titles of Chandler’s translations, including Topin’s Sur un air de Navarro (in reference to a famous French TV Crime Series)

Many of the texts chosen for this intertextual play on titles reflect the early period of the series (Cheyney, Chase, McCoy). This gives a sense that for all its more than 2700 titles published, only a small canon made its way into mainstream popular culture. Tellingly, a title, Fantasia chez les ploucs (Charles Williams) is quoted twice (Bialot and Barcelo). Good taste is not necessarily part of the deal. But then, it never was, and certainly not in the original titles. Martin’s title La Reine des connes, is a somewhat ruder parody of Chester Himes La Reine des Pommes. Slang and puns are part and parcel of the Série Noire heritage and contributed a lot to its distinctive image. 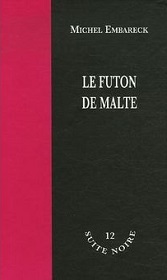 Suite noire celebrates this heritage, and prides itself on it. Ironically for a genre which started in the 1920’s and 1930’s American pulp magazines, this beautifully designed series, with their attractive cardboard covers celebrates its establishment. As the series name indicates (suite means following), this is a continuation of the Série Noire, a meta-série noire made by its former authors and playing on the connivance with its readers. All of the authors were published in the Série Noire, except for Patrick Raynal, who was the Series’s general editor, from 1991 to 2005. Started in 2006, Suite noire marks the change of course in the Série Noire, following his departure. However the Série Noire does still continue. Suite noire, sadly, does not, having not released a book since 2010. 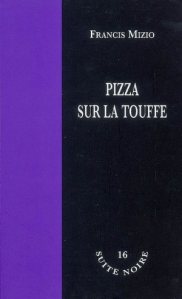 The reason for its commercial failure lies probably in its exclusive nature (signaled by titles which are like private jokes), and in its backwards outlook. It appears like a museification of the genre’s past. This is incongruous for a series like the Série Noire, which was always adventurous, iconoclastic and lively. And this ceremonial is carried out by some of the most eminent dignitaries in the noir genre, by some of its longest serving authors. A sort of gallant last stand for an idea of what the genre was about. A memorial of the achievement of one of the most iconic products of mass market culture, but displayed only for the happy few who got the jokes, or still cared.

To base an entire Crime Fiction series on such interrelationships between texts is itself a statement about the genre. Such playful autoreferentiality might smack of self-centredness; especially if acted out by a gang of authors, many of whom, go way back together. But it is still interesting to see what are the French texts and authors considered classics, as revealed by the palimpsestic titles. Manchette is predictably lionized. Three books in Suite Noire are named after books of his: Oppel’s La déposition du tireur caché, Pouy’s Le petit bluff de l’alcootest, Bartelt’s Nadada. Other French authors are honoured too: Crifo (L’effet carabin) refers to Pennac (La fée carabine) ; Facon to ADG; Mouloud Akkouche (La Sirène rousse), to Dantec.

The honour of sporting the distinctive yellow colour of the  original  Gallimard Série Noire covers  which was used to  contrast the generic noir, was reserved  in Suite noire for the novel of  our friend the French author living in North America, Luc Baranger.

The  33 books published in Suite noire ( for French speakers and fans of the Série Noire!)