The fame and multimedia durability of the Dick Tracy series are fascinating. They show how, from a very early stage, the Noir genre advanced internationally as a transmedial cultural industry. Interesting also are the circumstances in which they were produced, and how they created a career-defining relationship between this character and its author. Described as “A Museum of Atrocious Death” (Francis Lacassin), the violent and popular Dick Tracy strips originated in the classic age of “hardboiled America” (O’Brien). Their creator, Chester Gould introduced the plainclothes detective officer Tracy in The Detroit Mirror in October 1931, and within the same month in The New York Daily News. Later published in The Chicago Tribune, the strips appeared every day for forty-six years, until December 1967. During that time (exactly forty-six years, two months and twenty-one days, according to his own account) Chester Gould delivered six daily strips in black and white and a colour page on Sunday, writing and illustrating all the stories himself. 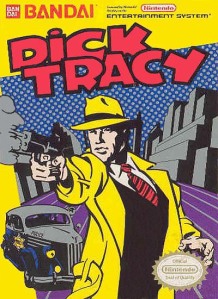