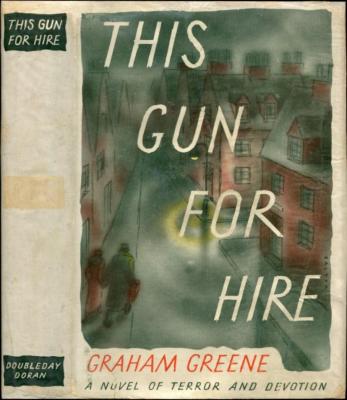 This Gun for hire, the novel by Graham Greene was published by Doubleday Doran in June 1936. It was published the following month in the UK under the title A Gun for Sale (William Heinemann, July 1936). The film adaptation, directed by Frant Tuttle and featuring Alan Ladd and Veronica Lake, was made in 1942 and is a classic of film noir.