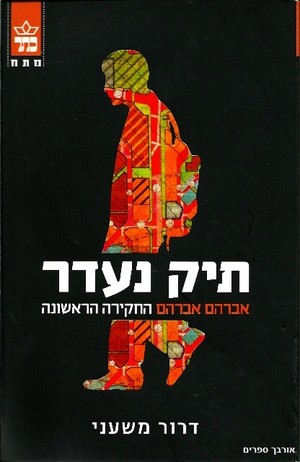 Never read an Israeli crime novel? Inspector Avraham Avraham – the protagonist of three novels by Israeli author Dror Mishani – has a theory on why. Israel doesn’t “produce books like those of Agatha Christie, or The Girl with the Dragon Tattoo” because, he says, “we don’t have crimes like that. We don’t have serial killers; we don’t have kidnappings; and there aren’t many rapists out there attacking women on the streets.”

My signed copy of Batya Gur’s Murder on a Kibbutz from 1994 would seem to contradict his statement. But Avraham’s point is not that Israel doesn’t have detective stories (it does), but that the sort of crimes investigated don’t ring true in Israel.

As Mishani said in an interview, in 2013 in the Israeli newspaper Haaretz, the American noir style “has no connection to anything”.

Something in our milieu isn’t receptive to the detective who wears a leather jacket and spends his days in bars and all that.

In Israel, Avraham tries to reassure a mother whose son has disappeared, that:

when a crime is committed it’s usually the neighbour, the uncle, the grandfather, and there’s no need for a complex investigation to find the criminal and clear up the mystery. There’s simply no mystery here. The explanation is always the simplest.

The absence of mystery might seem rather inhibiting to budding crime writers. It isn’t for Mishani. Two of his three Inspector Avraham novels have been translated into English: The Missing File (2013) and A Possibility Of Violence (2014). A third, The Man Who Wanted To Know, appeared in Hebrew in May this year and has not yet been translated.

The first two novels have been very successful in Israel and internationally. Both were nominated for the prestigious Sapir Prize, an Israeli Miles Franklin Award. As Peter Temple does with The Broken Shore (2005) and Truth (2009), Mishani crosses the seemingly impassable divide between so-called genre and literary fiction. Like Temple, he does so by treating serious themes without betraying the genre’s traditions.

His protagonist, Avraham, or Avi to his friends, is at once familiar and unusual in the pantheon of fictional detectives. Not yet forty, Avi still has a claim to being a “promising young investigator”.

Like many fictional detectives, he is single, although there is an international love interest. A bit of a loner, he spends his spare time reading crime novels and watching re-runs of Law & Order to prove the fictional detectives wrong. In this Avi follows the French critic, Pierre Bayard, who famously argued that Hercules Poirot’s resolution to who killed Roger Ackroyd in Christie’s 1926 novel The Murder of Roger Ackroyd was wrong. It wasn’t Dr Sheppard who killed Ackroyd, but the medic’s nosy sister, Caroline.

In Avi’s singular hobby, is Mishani laying down a challenge to his readers? Prove Avi wrong, he perhaps dares us. The reader doesn’t need to question Avi’s reasoning, however; the inspector does a good job of it himself. So too do his superiors and colleagues. These include his boss, Ilana Lis, with whom he has a complicated friendship that is at once intimate and distant.

If many fictional detectives are larger than life, Avi is the opposite. Wracked with self-doubt, he seems to shrink in stature as the investigations proceed. Perhaps this is because he often seems out of his depth. Perhaps, too, it is because of the rather banal nature of the mysteries themselves. For much of The Missing File it is not even clear a crime has occurred. Only the cover marketing tells us we should expect one.

The absence of action doesn’t mean that the stories are not thrilling. Not every crime novel needs a Jason Bourne. Indeed, Mishani eschews the obvious world of Mossad agents and terrorist plots you might expect – or perhaps hope for – in an Israeli crime novel.

The crimes take place in Holon, a lower-middle-class city within greater metropolitan Tel Aviv. While Avi and others wander the city’s streets, place is not a central feature in Mishani’s fiction. The focus on place in crime fiction can often be overrated.

A community does not consist of streets, shopping centres, restaurants, houses or parks. It’s made up of the people that live and interact there. In Mishani’s novels, the focus is more intimate. It centres on a number of rather ordinary Israelis, their ordinary lives and the tragedies that befall them.

From an English teacher with literary ambitions to the owner of a catering business to a passive-aggressive nursery teacher, his subject is distinctly middle Israel.

To detect is to uncover. From the Latin, it is to lift off the roof, the tectum, and see what is hidden from view. Avi’s investigations do this, slowly removing the tiles and allowing us to see into the commonplace lives of the Holon residents he depicts.

What he discovers is at times heart-wrenching. If you haven’t read an Israeli crime novel, The Missing File is the place to start.

This article was first published in The Conversation (US edition)