The auction, currently live on ebay, of an August 1939 issue of Jean-Pierre,  a relatively obscure and long disappeared French Magazine, which featured comics and detective stories aimed at young readers, looks certain to fetch a substantial price. With still five days to go, the auction price for the magazine has  already surpassed more than one thousand times its nominal price (1 Franc from 1939 is worth 0,44514 Euros, according to the tables of the French Statistics Office, l’INSEE). END_OF_DOCUMENT_TOKEN_TO_BE_REPLACED

With thanks to Didier Poiret

This novel by Jean Bruce is the first book published in the famous “Spécial Police” series by Fleuve Noir. It was published in Paris in August 1949 some four years after the launch of the Série Noire by Gallimard, of which it would be a strong competitor, albeit with a different model (publishing French authors rather than Americans in French translations) and targeting a much broader readership. While the Série Noire celebrates its 70th birthday this year, Spécial Police was discontinued in 1987. By then, it had published 2076 novels, from 155 authors. The illustrator of the cover reproduced above was artist Michel Gourdon, who would illustrate some 3000 covers in the series (including re-editions). Gourdon, as the illustrator of all the original covers from the first  (above)  to No 1402, gave the Series its distinctive flair and largely contributed to its success. 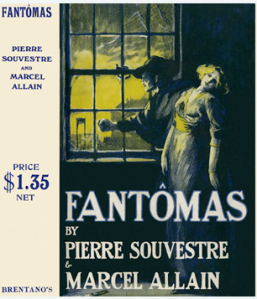 The Circulation of French language crime fiction in America starts with  Gaboriau, and before him Vidocq (whose Memoirs, first published in Paris 1828-1829 by Tenon, Libraire-Editeur, owe much to fiction, and in turn would influence Balzac and most of 19th Century writing on crime, and early crime novels). It is in America that Gaboriau’s L’affaire Lerouge, his first detective novel, published in Paris in 1866, first appeared  in English translation (in the 1873  Boston Edition reproduced below). END_OF_DOCUMENT_TOKEN_TO_BE_REPLACED

Henning Mankell died today. A celebrated playwright and author, journalist and activist, he had been for the past 25 years one of the most influential  authors of crime fiction worldwide. Slavoj Zizek, in an often quoted article read his Inspector Wallander police procedurals as “the exemplary case of the fate of the detective novel in our era of global capitalism”.

Thrillers which take Troubles-era Ireland as their subject matter form a distinct genre in their own right. The Troubles Thriller, or Troubles Trash, as it is sometimes known, has become the primary form of literary representation of Northern Ireland and its benighted capital Belfast (which has itself been described as “the noirest city on earth”). While the novels might be didactically unremarkable and have done little to challenge the tabloid representations on offer, some met with considerable commercial success both within and outside of the English-speaking world. 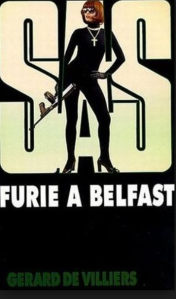