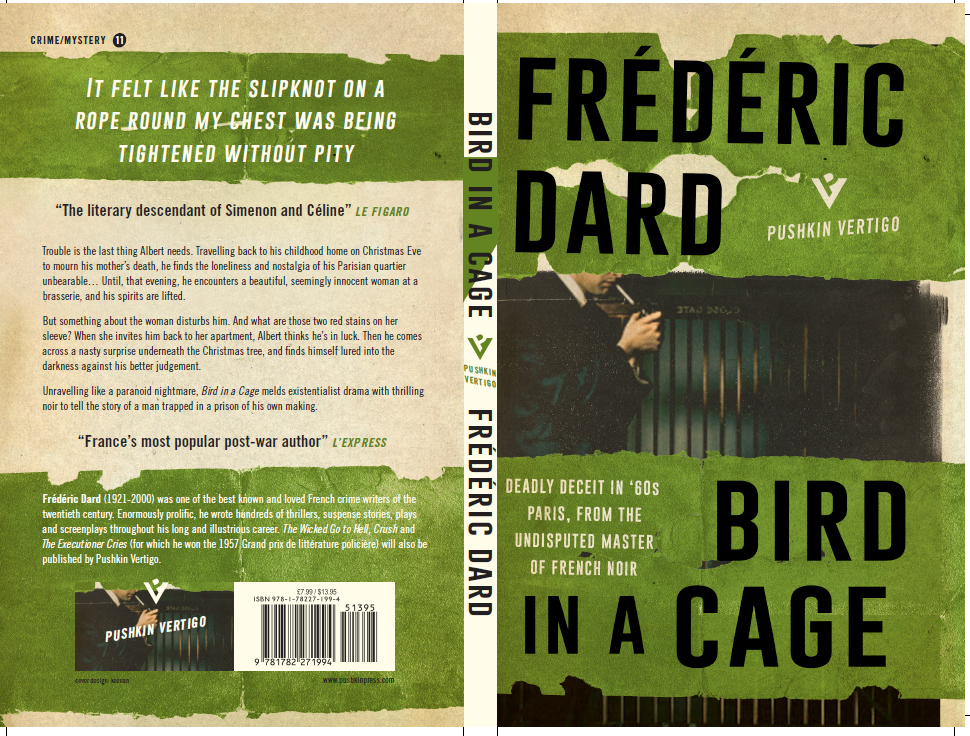 Presented as “The literary descendant of Simenon and Céline” and  as “one of the few twentieth-century authors to win both critical acclaim and great popularity”,  Frédéric Dard (1921-2000)  will be introduced this year to  English readers with some of his darker novels. Pushkin Vertigo will publish, starting in June with Bird in a cage  (Le Monte -charge), and continuing with The Executioner Cries, available in Autumn 2016, a selection of  his romans de la nuit.  It is an euphemism to say, that, some sixty years after their original publication in French, this event has been hugely anticipated.

Even more so, as the translation of Bird in a cage is by David Bellos, Professor in Princeton, and whose translations include several of Georges Simenon’s Maigret novels.

The English title is interesting as it deviates from the original (which would translate as “the Elevator”-  or the “Lift”, but could possibly have been translated – as originally announced- as “The Switch” -a title already taken by Elmore Leonard)  and focuses on one important detail in the story, highlighting thus the precision of the fine machinery in Dard’s art of storytelling. In doing so, it replaces the implicit filmic reference to Louis Malle’s  1958 Ascenseur pour l’échafaud (Elevator to the Gallows) with another one, to Jean-Pierre Melville’s 1967 Le Samouraï. This is made explicit by the cover art chosen by Pushkin Vertigo. Compare the image on the covert with this still of Alain Delon in Le Samouraï. The parallelism is apt, as both stories are tales of isolation and entrapment, of existential angst and wounded, alienated masculinities. 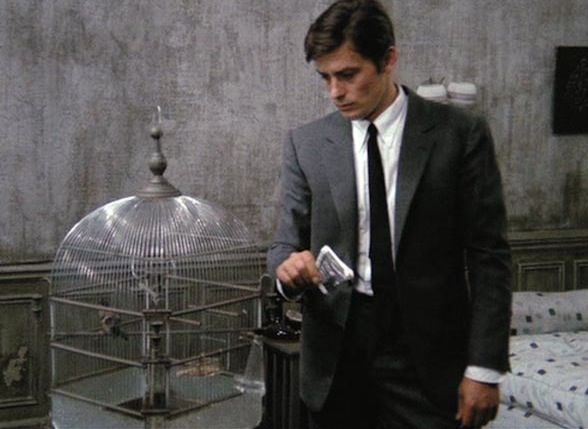 “Frédéric Dard (1921-2000)   was one of the best known and loved French crime writers of the twentieth century. Enormously prolific, he wrote more than three hundred thrillers, suspense stories, plays and screenplays, under a variety of noms de plume, throughout his long and illustrious career, which also saw him win the 1957 Grand prix de littérature policiere for The Executioner Cries” (Biographic note taken from the publisher’s presentation of Bird in  a cage)