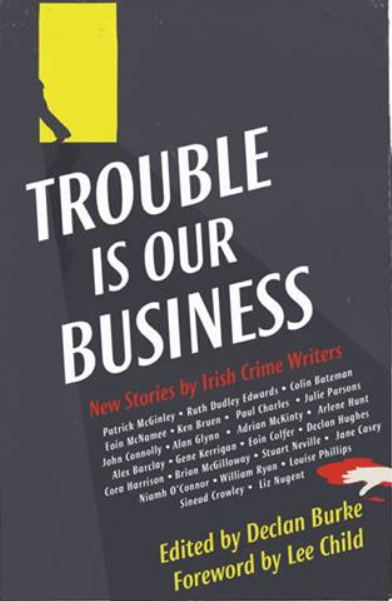 An evening of chat about Crime Fiction on the Emerald Isle with Declan Burke, John Connolly and Others

Irish crime writers have long been established on the international stage as bestsellers and award winners. Now, for the first time ever, the best of contemporary Irish crime novelists are brought together in one volume.

Edited by Declan Burke, the anthology embraces the crime genre’s traditional themes of murder, revenge, intrigue, justice and redemption. These stories engage with the full range of crime fiction incarnations: from police procedurals to psychological thrillers, domestic noir to historical crime – but there’s also room for the supernatural, the futuristic, the macabre.

As Emerald Noir blossoms into an international phenomenon, there has never been a more exciting time to be a fan of Irish crime fiction.

‘This collection can be confidently recommended to anyone who reads any type of crime fiction. They will find something to tease and tantalise their inner detective.’ – The Irish Times

‘Trouble Is Our Business is one of the essential literary fiction compendiums in Irish publishing this year.’ –  Sunday Independent

Declan Burke is a writer, editor, journalist and critic. He has published six crime novels, several of which were shortlisted for the Irish Book Awards, edited Down These Green Streets: Irish Crime Writing in the 21st Century, and co-edited, with John Connolly, the award-winning Books to Die For. His novel Absolute Zero Cool won the Goldsboro ‘Last Laugh’ Award.