(“Nightmares are personal things that become absurd when you try to tell them to other people. You can experience them, that’s all you can do…”) 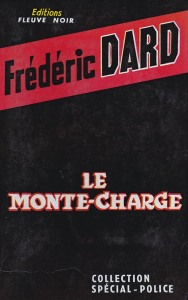 Originally published in 1961 by the enormously prolific, and yet little-known in the English speaking world, Frédéric Dard (1921 – 2000), Le monte-charge has been translated and released this year by Pushkin Press as Bird in a Cage. 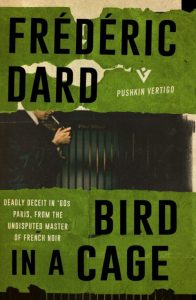 An unerringly dark read, Bird in a Cage is a satisfying twist on the Christmas whodunnit. With a narrative propelled as much by chance happenings as characters’ choices, this short novel (128 pages in the English edition) will pose as many questions as it will answer and will surely thwart any Christmas cheer. It is 2016 after all…