by Marcela Poucova, University of Brno

After the 1948 coup which brought the Communist Party to power in Czechoslovakia, the cultural climate changed considerably. Before then, there had been a number of publishing houses whose production covered various literary fields. With the dictatorship of the proletariat, the Soviet cultural model came to the fore. Socialist Realism was the order of the day, together with its vision of culture as a means of educating the masses. Private publishers gave way to several state-run ones led by the most devoted party members. Not only some authors, but even certain genres became undesirable.

Both high-brow literature of the highest quality (unless of Soviet provenience) as well as paraliterary genres fell out of favour. Works from the other side of the Iron Curtain without any strong leftist tendencies were deemed to be propaganda. Popular fiction, namely the ‘lower’ genres such as westerns, romances, and crime or spy novels were considered unworthy of the new builders of Communism. Of these, it was only crime and spy literature which managed to ‘turn coat’ and find its place under the new regime, albeit by adapting to the new political order by capitulating to its demands. As a result, from the 1950s, the vast majority of spy novels depicted the uncovering of clandestine activities of imperialistic countries whose ‘prime interest’ was to destroy the new  (Communist) democracies. Similarly, crime novels portrayed individual criminal activities of people who could not identify with the revolutionary ideals of the new society.

In the 1960s, the political scene began to change and editorial policies were relaxed. Culturally, this decade was the most interesting part of the era. As for domestic crime novel production – talented authors emerged for whom the genre brought an interesting challenge and a novel way to describe the reality of society. At the same time, the number of translated novels also increased. Naturally, in the spy genre these were by authors from the Soviet bloc. However, the crime and detective genre started to open up to more global influences. The reasons for this were clear. The public was hungry for a relaxing read that was not burdened with ideological content and, economically, this genre was profitable. Nevertheless, in a socialist state, when it came to ideology, profitability was pushed aside. Publishing houses with devoted party members at the helm created a number of measures designed to select the ‘right’ authors, novels and genres:

Firstly – series were created in which both ideologically ‘suitable’ and perhaps less safe authors were published together.

Then, in order to add credibility to such novels, introductions or epilogues were included explaining how to read the text ‘correctly’, preventing the possibility of creating subversive impressions.

Lastly, the unifying of cover designs helped to wipe out differences between good and bad titles and genres, affording all titles the same level of artistic attention. The same approach was used for designing film posters. Hence the top designers and illustrators of that time created what became a symbol of Czech film production between 1960 and 1980 – film poster designs of high artistic value. These same artists also often designed covers of crime novel series.

Film posters and crime novel covers of that period were at the highest level of artistic production, combining graphic collage and other popular techniques of the day, and using imagery typical for this genre, such as motifs evoking thrills or violence and contrasting colours.

Covers within series adhered to a prescribed look. To ensure their easy identification, artists had to work according to a unified cover layout and follow a specific graphic model. This periodically changed alongside changing tastes, but without any significant change of the original concept. The most original design concept in the sphere of crime literature were the green pages of the Smaragd (emerald) series. The green colour of the pages became symbolic of the crime genre in Czechoslovakia, and other series as well as individually published novels used green as their main genre identifier.

[A list of all titles with photographs of the book covers is on: http://www.databazeknih.cz/edice/smaragd-18/strana-1]

Let’s take the Smaragd series as an example. The concept was created in the late 50s and the first of 133 titles was published in 1958. It was the classic novel by Robert Louis Stevenson The Strange Case of Dr Jekyll and Mr Hyde. Following titles were by the well-known Czech crime literature authors Edouard Fiker and Emil Vachek. These titles were seen as ideologically safe and were followed by several novels by ‘approved’ western authors. ‘Approved’ meant they were either dead or that no critical attitude towards the Communist regime could be found within their work – such as Agatha Christie or Emile Gaboriau. Also acceptable were books that contained criticism of Western society.

The cover design of the first 29 titles had a band of three colours running up the right hand edge, containing the title and author’s name. The rest of the cover was filled with an illustration, often in one or two colours, and in dark tones. The techniques used were various – linocut, etching or dry point. 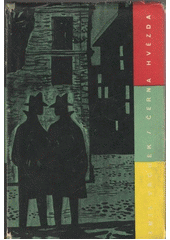 From the publication number 30 (which was Raymond Chandler’s Lady in the Lake) published in 1965, the green colour of emerald (smaragd) made its first appearance. It was later used as the background colour and branding. The colour band was exchanged for a circle and semicircle in the top part of the cover with the title set horizontally in the circle and the author’s name vertically in the semicircle. Positioned vertically on the top left edge, the title of the series now also appeared. Realistic drawings were replaced by collages but the dark colour schemes remained. 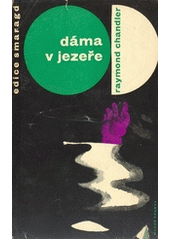 The most significant change came with title number 46 – Sébastian Japrisot’s Trap for Cinderella. With it the series design achieved its famous look, which has often been imitated. On a green background, an emerald crystal (which became the symbol of the series) was positioned in the top left corner. The rest of the top third contained the title and author’s name, most often in a combination of white and black. The remaining two thirds were filled with an illustration in a black frame. Until title number 123, only the image changed, with the rest of the cover remaining the same. In most cases the illustration was an ink-drawn graphic collage or a photomontage, but other techniques could be found too. The most fundamental change that the 1970s brought was in the colour scheme. The colours were brighter, with contrasting selections and combinations as was the contemporary aesthetic model. 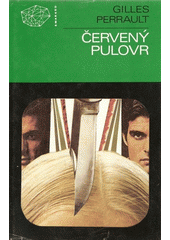 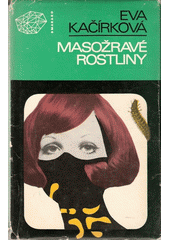 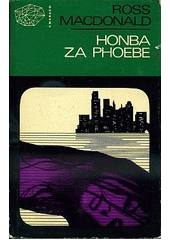 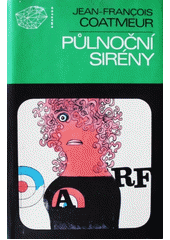 Despite the fact that the series published 133 titles, the number of designers and illustrators working on the covers was small. The leading name of the initial period was Václav Sivko (1923-1974) who, after title number 30, was followed by Jaroslav Fišer (1919-2003). Fišer was in charge of the Smaragd series design until 1989 and at the same time was one of the most famous film poster designers in Czechoslavakia between 1960 and 1980.

The end of the Smaragd series

The last change came with the early 1990s. Due to his age Jaroslav Fišer stopped working on this series. After the fall of the Communist regime, cover design ceased to be one of the very few ways for graphic designers and artists to earn a living, and the quality of cover designs of that period bore a sad testimony to this. Under the free market system (before a system of grants for various publishing projects became available) many publishing houses faced bankruptcy and they abandoned financially demanding projects. This was the fate of the Smaragd series. Following nine titles published after 1989, the series was discontinued in 1993 and left the field open to products of the free market, which appeared to give preference to poorly translated American crime novels with little aesthetic ambitions. And so, in the 1990s, after thirty years in the spotlight of continuous care, crime literature returned to its original place, on the lower levels of Czech literary production.