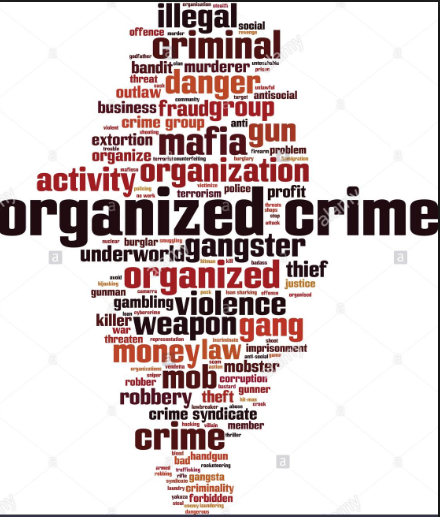 Crime fiction is one of the most significant popular means of exploring the contradictions that emerge from the modern, bourgeois capitalist nation state (Pepper 2016). Most fiction about ‘organised crime’ is preoccupied with violent, interpersonal crime or the behaviours of mafia-like groups. But there are other, more ubiquitous and insidious harmful practices — political, financial, environmental, etc. — that affect all of us and are not necessarily proscribed by law. The ‘slow violence’ inflicted on populations by the carbon industry, the financial harms of politicians and transnational corporations are not always recognised as ‘crime’ and fit less easily within the standard forms of genre fiction. This themed edition of New Readings, Fictions of Organised Crime, asks how culture can address these kinds of carefully organised harms. How does fiction account for the complexities of state-facilitated environmental crime, financial crime and the activities of organisations dedicated to the subversion of democracy? How can locally and regionally produced cultural representations respond to globally organised activities?
In a contemporary moment in which populist political movements are resisting transnational capital, organised crime challenges the integrity of the nation state – by defying it, subverting it or simply taking advantage of its usual functions. Fictional narratives of organised crime offer a sustained way in which readers and consumers can ‘make sense’ of worlds which are by their very nature, secretive, obscure, and impenetrable to those on the outside. Indeed, in contexts in which journalistic writing on organised crime may be fatally dangerous to the author or contribute to the inevitable ‘unknowability’ of the links between crime and the state (Braham 2016), it has been argued that fiction remains the privileged medium for exposing the logics of serious crime (Astorga 2003).
New Readings invites articles of between 7000 and 10000 words on the cultural representation of organised crime across a range of art forms (including, but not limited to, film, TV, literature, comics/graphic novels, popular music). Topics could include:
·         State entities as criminal actors
·         Crime writing from East Asia and the Global South
·         Self-mythologisation of organised crime groups (broadly conceived)
·         Piracy and counterfeiting
·         Environmental crime and illegal extractivism
·         Financial crime
·         Illicit trafficking and smuggling of goods and people
·         Historical perspectives on ‘old’ and ‘new’ organised crime
Those interested should send titles and 300 word abstracts to Dr Joey Whitfield whitfieldj1@cardiff.ac.uk by Friday 1th of March.
New Readings is a peer-reviewed journal publishing original research in the fields of literature, cultural history, film and visual culture. Articles may be written in English or in the language of the primary materials under analysis. All articles are published as ‘diamond open access’ – a model under which neither writers nor readers pay anything for permanent open access for all.