“At the beginning of his career, the smoker is generally intent on killing no one but himself. But forces beyond my control drove me to become a killer of others.”

Fabrice Valentine has worked as a senior head-hunter in big Parisian company for over 20 years and is living the good life: he has a wonderful wife, is successful in his job and always has his beloved cigarettes handy, which are his trusted friends through hard times. The only thing that is threatening his happiness is a change in the French smoking regulations. Suddenly, Valentine finds himself in a more and more smoke hostile environment. At first, he can no longer smoke in his office and then his family and friends start to pressure him to try out a new way to quit smoking: hypnosis. Valentine has no real intention of giving up his poison of choice, but to appease his peers he finally agrees to meet with the hypnotist, who is supposed to end his beloved addiction for ever. To Valentine´s great surprise the urge to smoke has vanished completely and what’s more he doesn’t even miss it. On top of this, he is offered the seat of CEO in his headhunting company. Life could not be much better…

Until it all falls apart, first Valentine’s boss dies before he can tell anyone of Valentine’s promotion and is replaced by a jumped-up youngster, who is obsessed with health issues and has entirely different ideas about running the headhunting business. He then discovers that his wonderful wife is having an affair with an obscure artist and is threating to leave him. Distressed, Valentine turns again to his cigarettes, but after years of reliable pleasure they no longer bring him any satisfaction. Without his beloved addiction to comfort him, Valentine is living in a nightmare. When he is jumped by a junkie at a metro station he throws him before the incoming train and takes a deep drag from his cigarette… The pleasure returns, stronger and more enveloping then ever before. The sensation is so great, that it could drive a smoker to murder…

Laurain’s Smoking Kills is part biting satire about our health obsessed society, part noirish character study and part grotesque black comedy. All these pieces together should make for a compelling story, but unfortunately despite the original theme of the book it doesn’t quite fit together. The main problem of the novel is the pacing, Smoking Kills starts off strongly, with a humoured reminiscence of the autodiegetic narrator about his life before the murders. It takes Laurain about 30 pages to get all the prerequisite parts for a good detective story established and until this point his insightful character descriptions and laconic reflections on smoke obsession are thoroughly enjoyable, but, unfortunately, the narration continues for over 100 more pages in this manner.

Although the theme is appealing and well written, it just does not carry over 130 pages without a murder and it seems that,  at times, Laurain gets lost in his characters and neglects the actual progression of the story. Because of this, Smoking Kills feels a bit flat and it is hard to buy into the air of suspense in the novel. This is also the case because there is no real antagonist, no clever detective or unlikely adversary that opposes the protagonist, on which absurdly enough the narrator reflects himself: “Deep down, I wanted her to feel suspicious and raise her eyebrows in surprise though it would have disrupted all my plans”. When a bit of suspense arises however, it is spoiled by the narrator himself because he insists on giving away what is going to happen next at every opportunity.

As a saving grace, Smoking Kills does convince with dark humour and sharp characterisation and the somewhat flimsy plot is still entertaining, if one possesses a bit of patience or an unhealthy fascination with cigarettes and smoking culture. Although not a masterpiece, Laurain’s novel is still an entertaining read, with a cool and original theme and plenty of dark humour that make for an interesting character study if not a great crime story.

Our reviewer with his poisons of choice. 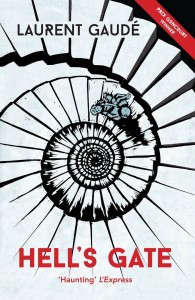 Taxi driver Matteo De Nittis and his wife Giuliana live an ordinary life in the city of Naples until their 8-year-old son is caught in the crossfire during the feuding of local mobsters. Confronted with the death of their child, the life they once shared is shattered. Giuliana is consumed by the deep anger of a mother who has lost her child and demands that he be returned to her by God, a miracle, or her husband. Matteo meanwhile is traumatised by the death he witnessed and drives aimlessly through the Neapolitan night, riven by grief and sorrow and drifting more and more into a state of mind that is closer to death than life.

Matteo encounters creatures of the night, those who live their lives on the streets of Naples at the edge of society who are “nothing but shadows” in the world of the living. And once he is introduced to a half-mad professor who tells him that this world and the world of the dead are not as far apart from each other as you would assume, Matteo does not hesitate. If there is to be any chance of bringing his son back from the dead, he will take it. He would step through the gates of hell… Twenty years later a man called Fillipo De Nittis is gathering his courage to confront the man who killed him.

If you were to mix Dante, Kafka and Hitchcock and add a bad LSD-trip you would probably get Gaudé’s Hell’s Gate or at least something equally disturbing. Hell’s Gate is a novel about life, death and what is in between, but it is first and foremost a story about loss, grief, and yes, suffering. Gaudé sends his characters through literal hell throughout their mad scramble to remain sane, and the reader has the masochistic pleasure of following their emotional spiral of loss and misery through the pages. The characters are brilliantly written, and it is hard to imagine a more peculiar cast for a story about loss: “He looked at his strange companions: a disgraced professor, a transvestite, a mad priest and the easy-going owner of a café.”

Hell’s Gate shines in its deep understanding of tragedy and the sense of loss and the human desire for salvation. Gaudé effortlessly combines genre elements of crime fiction, magical realism, and fantasy together in an uncanny and thought-provoking pit of a book, that, even though only about 200 pages, is packed with philosophical implications impinging upon the human condition, society and death itself. The language must be praised for its dramatic and vivid imagery as well as a certain stoicism that still manages to convey a sense of compassion. Boyce and Aitkin have outdone themselves in their translation and, thanks to them, Hell’s Gate reads as if it were not a translation at all.

One strong point of the novel is the characters and their journey through pain and misery. In this Gaudé is unrelenting and towards the end of the novel in particular one wishes for even the barest of happy endings, just to relieve the characters of even a fraction of their pain. This is, of course, not forthcoming. Although a glimmer of hope remains at the end of the story, Hell’s Gate is an unremittingly bleak tale and is not for the weak of heart. But if you can endure the pain, then Hell’s Gate will make for an intense and surreal read that seamlessly weaves the reality of human tragedy with the fantastic that will mesmerize.

Continental Crimes is a collection of classic crime short stories from writers of the British tradition which are set, as the name suggests, on the European continent. Edwards’ anthology contains fourteen stories dating from the early 20th century, through the Golden Age of Crime, to the 1950s. The tales are roughly in chronological order by date of publication, starting with Doyle’s The New Catacomb (1898) and ending with Michael Gilbert’s Villa Almirante (1959).  END_OF_DOCUMENT_TOKEN_TO_BE_REPLACED 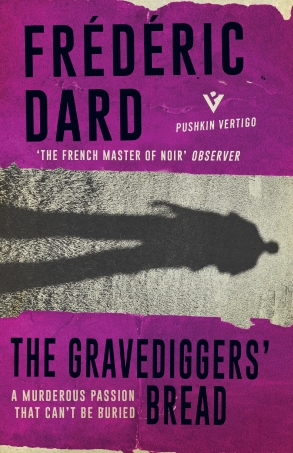 Then I went and sold the butcher a stupendous coffin lined with silk, which would have made someone who loved comfort positively want to die! (P. 145)

Blaise Delange is down on his luck. Without a job or money, he finds himself in a small town in the French countryside far from his home in Paris. The only thing keeping him from leaving this miserable nest is a mysterious blonde woman, whose bulging purse he finds on the ground. Fascinated by this unknown beauty, he discovers that she is in fact the local undertaker’s wife, and proceeds to return her lost possessions. Impressed by his apparent honesty, the undertaker offers him a job as his assistant. Even though Delange has neither the interest for nor any experience in the gravedigger’s trade, his desperate financial situation and growing interest in the undertaker’s young wife mean he accepts. END_OF_DOCUMENT_TOKEN_TO_BE_REPLACED 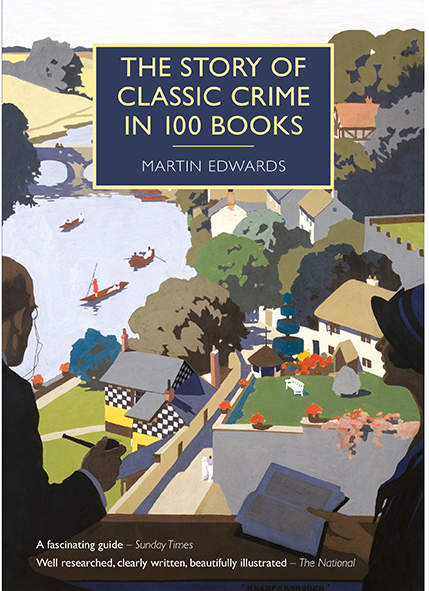 Martin Edwards –The Story of Classic Crime in 100 Books, The British Library, 2017

A book review by Jonas Rohe, Queen’s University of Belfast

Martin Edwards’ The Story of Classic Crime in 100 Books (2017) offers a literary history of crime fiction of the first half of the 20th century, focusing mainly on the British tradition. The hardcover book is beautifully edited with an artfully designed cover and includes several high gloss pictures of different classic crime fiction book covers. Edwards, as a successful crime fiction author himself, has selected a wide variety of stories that cover the “Golden Age of Crime” of the thirties to the post-World War II crime fiction period. END_OF_DOCUMENT_TOKEN_TO_BE_REPLACED

“Blood on the Table: Essays on Food in  International Crime Fiction”, edited by Jean Anderson, Carolina Miranda and Barbara Pezzotti, is the first book to focus explicitly on the semiotics of food in crime fiction. Tackling the subject from a multicultural and interdisciplinary perspective, it includes approaches from cultural studies, food studies, media studies and crime fiction studies.  The collection offers readings, across a range of media, of twentieth- and twenty-first-century crime fiction from Australia, Cuba, Denmark, France, Germany, Italy, Mexico, Sweden, the UK, and the US. Authors studied include Anthony Bourdain, Arthur Upfield, Sara Paretsky, Andrea Camilleri, Fred Vargas, Ruth Rendell, Stieg Larsson, Leonardo Padura, Georges Simenon, Paco Ignacio Taibo II, and Donna Leon. Television productions analyzed here include the Inspector Montalbano series (1999-ongoing), the Danish-Swedish Bron/Broen (2011[The Bridge]), and its remakes The Tunnel (2013, France/UK) and The Bridge (2013, USA).
Jean Anderson is associate professor of French at Victoria University of Wellington, New Zealand where she founded the New Zealand Centre for Literary Translation in 2007. She is also a literary translator, with a dozen book-length translations published. Carolina Miranda is the director of European and Latin American languages and cultures at Victoria University, Wellington, New Zealand. Barbara Pezzotti teaches Italian Studies at Monash University, Melbourne, Australia and is an Honorary Research Associate of the Australasian Centre for Italian Studies (ACIS). She is the author of three monographs on Italian crime fiction

Front cover of the May 2017 reissue of ‘Silver’s City’ by Turnpike Books.

A German once said the Irish always reminded him of a pack of hounds pulling down a stag, but, Nan, we only drag down our own kind. Or try to. (107-8)[1] END_OF_DOCUMENT_TOKEN_TO_BE_REPLACED