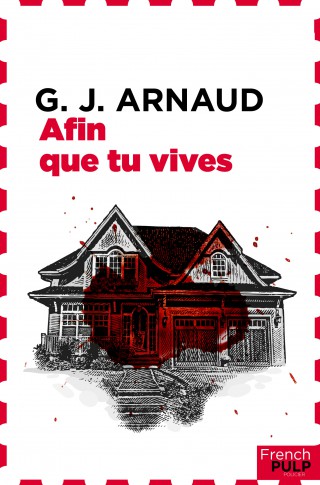 It is with sadness that we read of the recent passing of veteran French crime fiction author Georges-Jean Arnaud, who died at the end of April, aged 91. Arnaud was the author of over 400 novels during his lengthy career and wrote under various pen names. His first novel, 1952’s Ne tirez pas sur l’inspecteur (Paris: Hachette), won the Prix quai des Orfèvres in the same year. An enormously prolific author, Arnaud wrote on average 15 novels per year (once writing more than 27 in a single year) and his texts cross numerous genres; crime fiction, spy thrillers, adventure novels, fantasy, sci-fi, suspense, as well as erotic fiction. 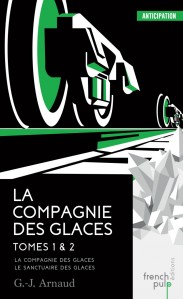 ‘La Compagnie des glaces’ which first appeared in 1980, was republished in 2018 by French Pulp.

Arnaud’s varied and imaginative narratives brought several of his protagonists to Ireland over the years. First in 1958, with the opening novel of the popular ‘Luc Ferran’ series Luc Ferran du N.I.D. (Paris: L’Arabesque) written under the pseudonym Gilles Darcy. Arnaud returned to the Irish subject matter during the years of the Troubles, with his serial secret agent hero Commander Serge Kovask in 1972’s Le Commander et le Révérend and 1980’s Colonel Dog, both part of publisher Fleuve Noir’s long-running ‘Espionnage’ series. Writing as Ugo Solenza, Arnaud published 15 erotic novels between 1974 and 1976 that were set in Ireland during the 18th century featuring sensual revolutionary, Marion.

Perhaps the most celebrated of Arnaud’s works is his science-fiction series ‘La Compagnie des glaces’, which comprised almost 100 works published between 1980 and 2005. Several works of this series, along with other crime fiction texts and thrillers have recently been republished by French Pulp.

Regardless of genre, however, Arnaud’s works stand out for their astute political critique

of the French state and Western society. The CIA, America’s guard-dog of the West, was a particular target for Arnaud: “Qu’est-ce qui m’intéresse au départ ? La CIA, démolir la CIA, montrer son rôle néfaste dans le monde.” (“What was it that interested me at the beginning? The CIA. Demolishing the CIA and showing its harmful role in the world”) Writing during a time when many of Fleuve Noir’s authors were politically far-right, Arnaud’s novels stand out for avoiding the reductive representations and reactionary political stances that were commonplace among his contemporaries. However, in light of more than healthy sales and a favourable critical reception, Fleuve Noir continued to publish Arnaud’s many texts.

Arnaud’s work stands out equally for its humour and readability, imaginative plots and characters. His contribution has enriched fiction for many years and will be sorely missed.