Few Crime series, if any, have developed such mystique as the French Série Noire, launched  72 years ago by former surrealist Marcel Duhamel for the éditions Gallimard. While ostensibly dedicated to introducing american hardboiled writers,  and to a significant extent their imitators from elsewhere, the series also published an increasing amount of French authors.   A simple data viz shows the respective quantitative contribution of the twenty most prolific  French writers in the Série Noire.

END_OF_DOCUMENT_TOKEN_TO_BE_REPLACED 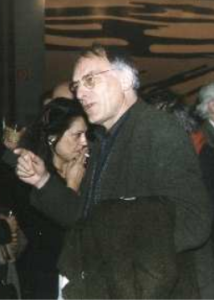 We are saddened by the news  that  Professor Charles Grivel has passed away. He was a mentor to many scholars working on Literature and Media studies, and was a tutelary figure in our international association devoted to the study of  Popular and Media cultures, the LPCM, END_OF_DOCUMENT_TOKEN_TO_BE_REPLACED

I’m just back from a couple of crime-filled days in London. The main reason for my visit was to speak at a symposium on European crime fiction and data visualisation (of which more later), but I travelled up a day early in order to see the Forensics exhibition at The Wellcome Trust.

The Wellcome Trust is by Euston Square station. Get there early, as it’s a popular exhibition

I’ve already written about the Forensics exhibition in a previous post, so here’s a summary of the parts I particularly liked.

In the last decades the astonishing speed in the global circulation of cultural works and the unprecedented opportunities to gather and analyse large amount of data through electronic resources have opened up new possibilities for researchers in all disciplines. At the same time, the spatial turn in the Humanities has prompted scholars to consider the benefits of using maps and graphs to investigate the transnational history of cultural phenomena. However, while scholars working on quite traditional literary subjects have been quick to discuss and carry out the provocative claims made by Franco Moretti in The Atlas of the European Novel (1998), an ideal case study for such an approach, i.e. popular fiction, had been largely neglected.

The AHRC-funded project Visualising European Crime Fiction: New Digital Tools and Approaches to the Study of the Transnational Popular Culture has represented a first attempt to adopt this approach in the field of crime fiction studies, starting to collect data from different sources and exploring the uses of an online database and various visualisation tools. This exploratory project in partnership with the Paris-based BILIPO aimed at testing a number of strategies and possibilities in order to envision a larger, longer-term initiative to conduct extensive studies on the transnational circulation of popular fiction at the European level.  Researchers from a group of universities in the UK, France, Hungary, Sweden and the Czech Republic have collaborated to create sample datasets, the prototype database and a series of visualisations. END_OF_DOCUMENT_TOKEN_TO_BE_REPLACED

Aptly and obviously for a genre identified with the resolution of an enigma, Detective novels have often been marketed  with big interrogation marks on their covers.  One of the earliest Crime Fiction Series, Ferenczi’s  booklets “Le petit roman policier”  was recognizable for the question mark adorning its covers designed by Gil Baer.

1/ The Editions Pierre Laffitte’s series “Le Point d’interrogation” was published in Paris from 1932 and until 1937. This series was devoted almost entirely to Gaston Leroux and Maurice Leblanc. 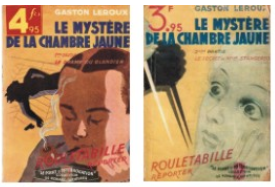 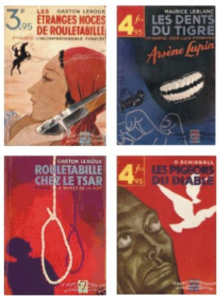 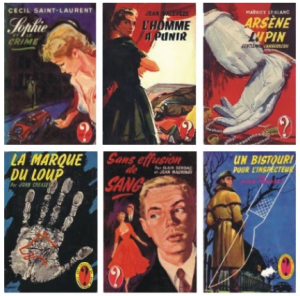 Countless more  series and stand alone crime fiction books used visual references to question marks. If you know about such series or book covers from your own countries and in any languages, please let us know about them ! 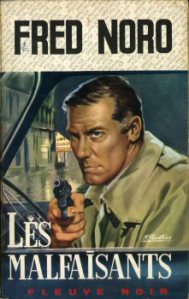 The question this post  tries to  answer visually is twofold, and runs  as follows.  Is it possible, first,  to visualise the denotations and connotations carried in the  titles of crime Fiction series ? What are the words most frequently used ? And what are the emotions, atmospheres and tropes suggested already by the titles, on the threshold of the books ?  What are the most common elements forming part of the contractual promise contained in a title ?  Which ones seem to be recurring the most often? And second, do such patterns vary from series to series, reinforcing their distinctive identities?  Can one, after  listing  the literal meanings of the words most frequently used in their titles,  and the emotions associated with them,  determine the series’ s profiles ? In practice,  is it for example  possible to compare the three longest French Crime Fictions series (totaling almost 7000 books between them),  based only on the words most used in their titles ? Can one try to “profile” Crime series, on the basis  of the terms  through which the authors, and the series’ s editors choose to market the books ?  And which are the words which are more apt at representing each of the three series? The  three following pie charts reflect the frequencies of  six  heavily connoted and intuitively chosen words for each of the three series. END_OF_DOCUMENT_TOKEN_TO_BE_REPLACED

Vic St Val is both the main character in the eponymous series narrating his adventures, and the pseudonym under which authors Patrice Dard and Gilles Morris-Dumoulin published them. This excellent and very documented series was well-liked by its readers. The books were informed and informative, politically and scientifically.  Vic Saint-Val is still familiar to many, as it probably influenced a famous Belmondo movie (Bob Saint-Clair, in Philippe de Broca’s Le Magnifique, 1973). St Val’s considerable output formed an important part of  the Series “Espiomatic” (Fleuve Noir). Author  Morris-Dumoulin claimed that  his hero’s Adventures are a plea in 64 volumes for the protection of the environment, of  the planet, and of human rights. The following  is a visual story of Vic St Val in 7 illustrations. END_OF_DOCUMENT_TOKEN_TO_BE_REPLACED